The Vintage, the Terroir, the Personality 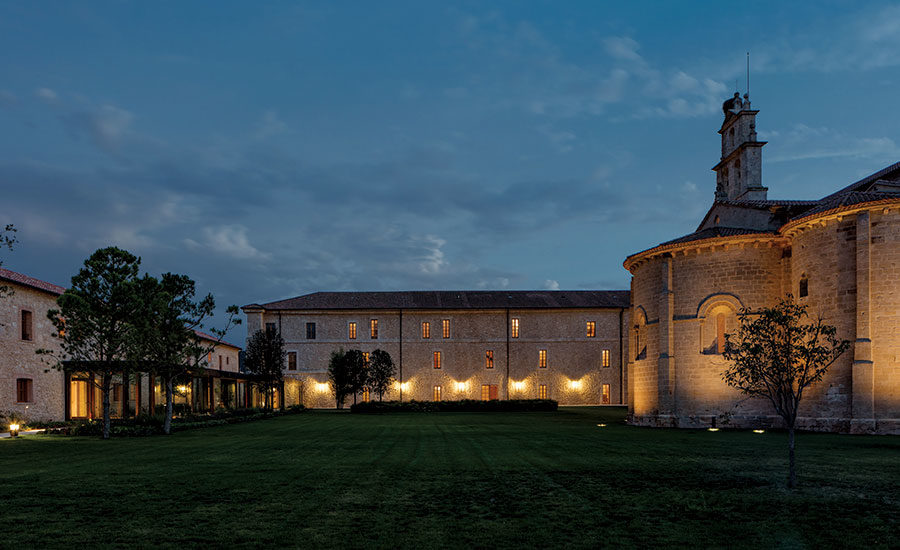 Abadia Retuerta is an abbey and monastery of great importance near the Duero River in north-central Spain. It has been known for its wine since its founding in 1188. The estate went to private ownership in 1835. Novartis Pharma purchased the moribund Abadia Retuerta in 1988 and decided to renovate the property completely while preserving its historic integrity. They hired Pascal Delbeck, the director of Bordeaux’s prestigious Ch. Ausone, as consultant. He restored and replanted vines and built a new gravity-fed winery.

Abadia Retuerta’s flagship wine is Seleccion Especial, a blend of mostly Tempranillo grapes from 54 separate vineyards in Sardon del Duero, an area including part of the more expensive Ribera del Duero called the “Golden Mile.” To give you an idea of the pedigree we are talking about, a vintage of this wine was named the best red wine in the world by IWS.

The 2017 Abadia Retuerta Sardon del Duero Seleccion Especial is full-bodied and complex, reflecting the estate’s guiding idea that each incarnation of this wine should be a faithful reflection of the vintage, the terroir, and the personality of the estate.

Wine will arrive early this week

in Greater Boston on orders more than $199