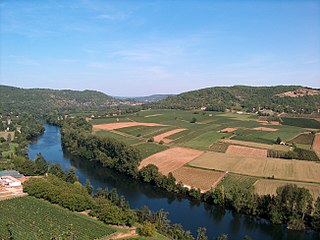 Crocus is a hybrid. Not the flower but the new Malbec from Cahors in southwest France, its original home. It stems from a partnership between  Bertrtand Vigoueaux whose family has farmed Cahors for over a century and Paul Hobbs, the extraordinarily talented American winemaker who along  with making some of Napa’s finest reds, has been a pioneer of the Malbec grape in Argentina, now its home away from home.

The Black Wines of Cahors were  famous in the middle ages, but they had to go to market downriver through the port of Bordeaux. Bordeaux couldn’t stand the competition and imposed a heavy tax on Cahors wines which led to a long slow decline of its vineyards

The Vigoureaux family was instrumental in therevival of Cahors in the 20th century. Today Bertrand owns several properties, spread among the diffent soil types  of Cahors., a palette of flavors like Burgundy from which the winemaker can cselct his flavors,.

Crocus Calcifere is a reserve bottling .As its name implies, it comes from mainly from the Limestone and iron-rich soils of the high plateau above which give a higher tone and earthiness.. Grapes from the midslope part alluvial, part limestone third terrace contribute black fruit a round and supple texture.

The wine is fermented in stainless steel and aged for 2 years in a mixture of new and second use oak.

It is a wine of layered depth and a more pronounced earthiness that you would get in a New World Malbec, but you can taste  Paul Hobbs’ influence  in the wine’s  polish, smoothness on the palate  and red and black fruit purity.

Suave and smooth  on the surface, it has not  forsaken its earthy roots., a parallel in wine to a Chopin mazurka.

This is another of those wines that were earmarked for restaurants. It would have been $50 in a store. The importer had some left. After tasting  we took all we could get, but that was only 6 cases.